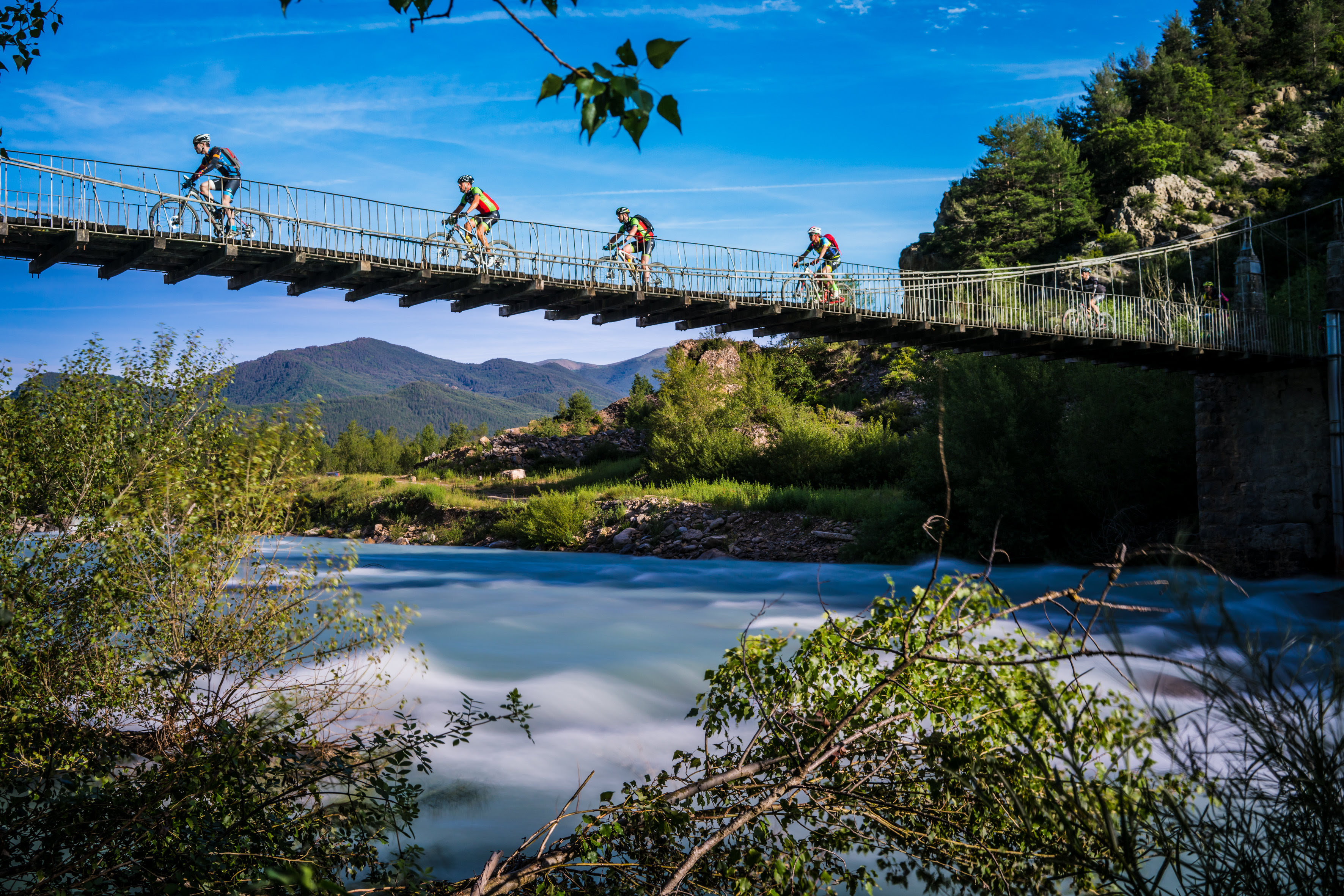 Yesterday, the entire Transpyr Coast to Coast stage took place in Aragon, with the start in Aínsa and finish in Jaca. The group departed Aínsa’s charming main square and tackled a 97-km route with an elevation gain of 2,200 metres replete with a gruelling climb to Monte Oturia, at the top of which the view of the Pyrenees and its valleys astonished the cyclists, who hail from 26 countries around the world.

Yesterday, Pau Marzá and Julien Bely (Gobik) scored a decisive victory. They were the fastest in the stage’s 23 km timed stretch and extended their lead over Jon Erguin and Eneko Gurrutxaga (Orbea) to more than three and a half minutes in the team rankings. South Africa’s Miroda Otto and Annie David continue to dominate the women’s category, while Cristophe Liberge and Mathieu Dumont and the cuban Olga Echenique with Jorge Chico lead the veteran’s and mixed competitions, respectively. Elsewhere, Argentina’s Martín Gallardo has a commanding lead over the field in the individual competition, while Javier Urbón is first in the electric bikes category.

Today, the race bids Aragon farewell and crosses into Navarre, with a 135-km stage between Jaca and Burguete-Roncesvalles and an elevation gain of 2,650 metres. Here, the Aragon Pyrenees transition into the Navarre Pyrenees, and the landscape adopts a more Atlantic-like climate and vegetation. The first part of the stage is flatter, with rolling hills and a slower pace, while the final part takes to the mountains.

As for Transpyr Backroads, the cyclists today were treated to a placid stage, with climbs to the Fanlo and Cotefablo mountain passes. Awaiting the cyclists today is a rather gruelling 168-km route to Burguete, the longest stage in Transpyr Backroads, which enters Navarre through the Arguibiela mountain pass. This stunningly beautiful stage includes a climb to Port de Larrau, the setting of various cycling feats as a stop on the Tour de France and one of the most demanding passes of this edition.